The Gulf Stream gained scientific prominence in the nineteenth century as a test case for theories about the dynamics of ocean currents and the equilibrium of transatlantic climate. Discourse about the current supplied descriptions, analogies, and myths that persist into the present. Triangulating oceanic, ecological, and transatlantic approaches to literary study, this essay argues that the nineteenth-century discourse of the Gulf Stream included a significant aesthetic dimension organized by a dialectic between stability and variability. First, it traces the Gulf Stream’s presence in eighteenth- and nineteenth-century scientific writing and print culture, showing how memorable figures and vivid illustrations accentuated the risk of climate variability even as they charted an apparently stable oceanic system. Next, it considers the work of two poets separated by the ocean, Gerard Manley Hopkins and Sidney Lanier. While ostensibly using the Gulf Stream motif to reflect on geographic identity and cultural belonging, Hopkins and Lanier use formal and figurative techniques that register the threat of climate instability, offering a deeper sense of climate disquiet than the scientific materials on which they drew. Finally, the essay looks at the poetry of Derek Walcott, sketching the afterlife of the Gulf Stream discourse, extending its formal and figurative lineage, and renewing the present ecological urgency of thinking with an Earth-system process as a motif of climatic connection and obligation. 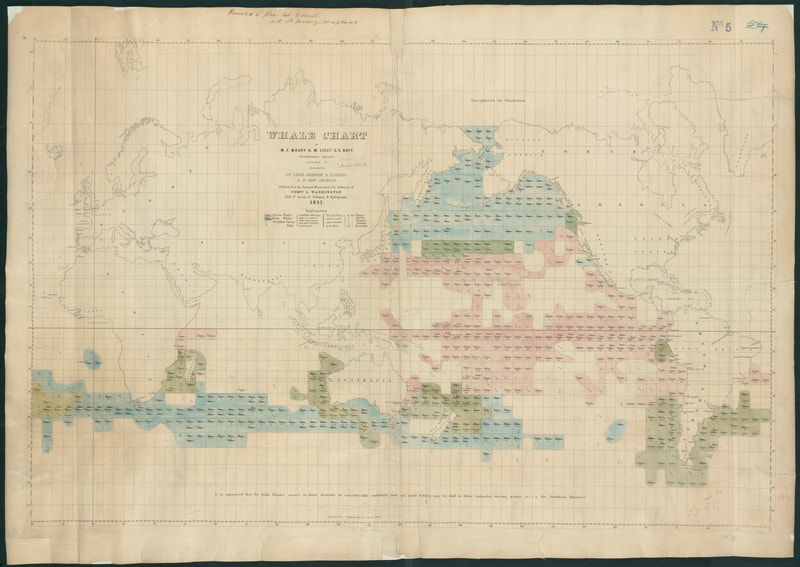 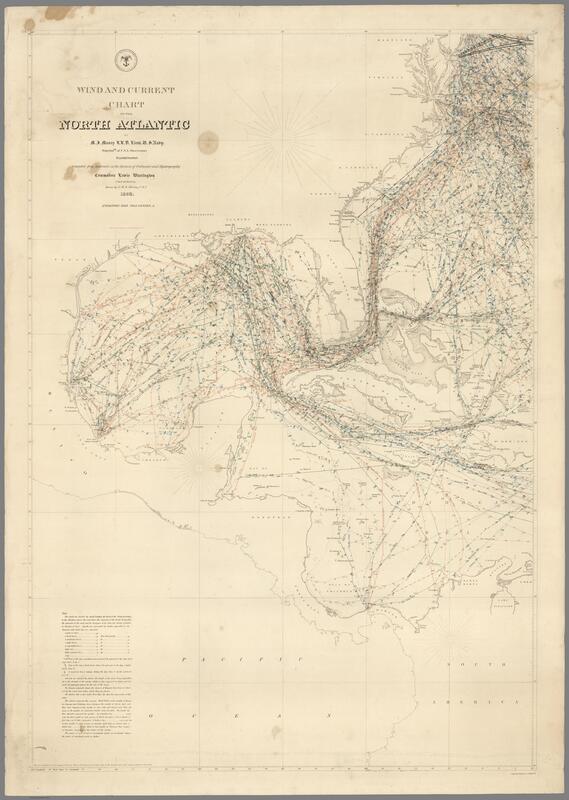 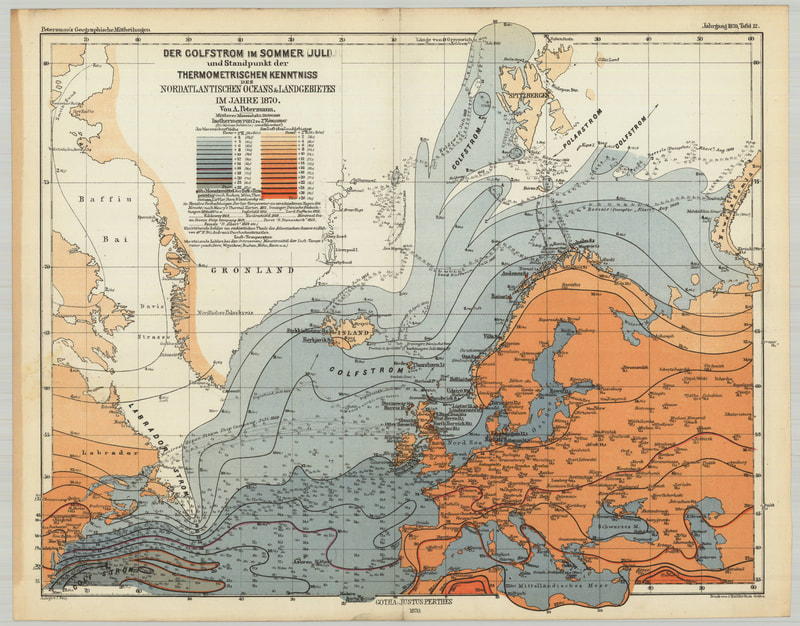 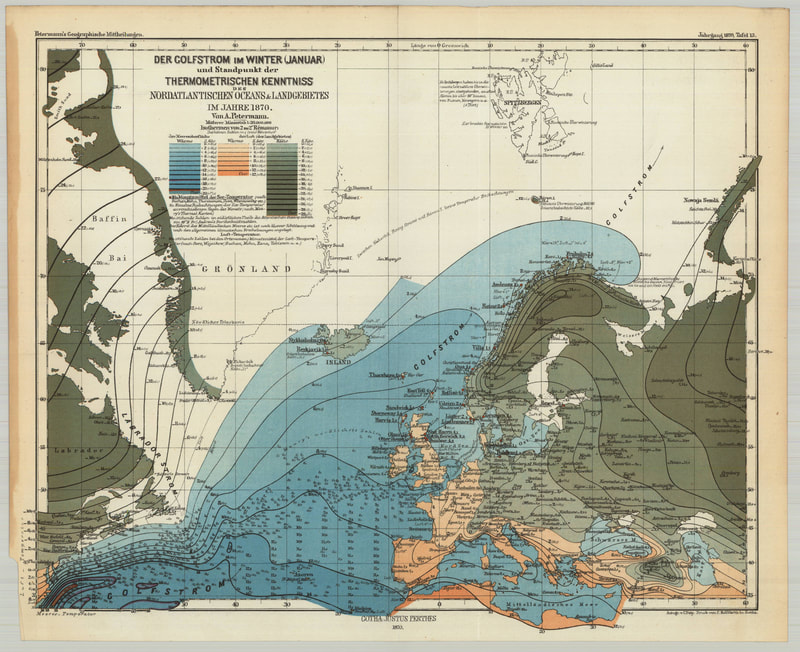 Although literature and logic share a number of surprising symmetries and historical contacts, they have typically been seen to occupy separate disciplinary spheres. Declaring a subfield in literary studies--logic and literature—​this introduction outlines various connections between literary formalism and formal logic. It surveys historical interactions and reciprocal influences between literary and logical writers from antiquity through the twentieth century, and it examines how literary theory and criticism have been institutionally shadowed by a logical unconscious, from New Criticism and (post)structuralism to recent debates about historicism and formalism. It further considers how the subfield of logic and literature, in its constitutive attention to form, is neatly positioned to cut across these debates, and it sketches ways of reading at the interface of aesthetics, philosophy of literature, and literary studies that might be energized by an appeal to logical contexts, ideas, and methods.​
“Coetzee and the Non-human”
The Bloomsbury Companion to J. M. Coetzee, ed. Andrew van der Vlies and Lucy Graham. London: Bloomsbury (forthcoming 2020).

Keyword essay on the non-human in J. M. Coetzee's oeuvre as a whole.​
“Down the Slant Towards the Eye: Hopkins and Ecological Perception”
“Open Ecologies," ed. Devin Griffiths and Deanna K. Kreisel. Special Issue of Victorian Literature and Culture ​48.1 (2020): 127-154. [pdf] [pub]

This essay reads Gerard Manley Hopkins’s poetry for its “ecological perception”: a perceptual modality involving the dynamic interaction between human bodies and environmental givens or potentialities. Linking Hopkins’s syncretic ideas about perception to the psychologist J. J. Gibson’s account of our sensitivity to environmental “affordances,” the essay assesses three scales of ecological perception in Hopkins (arboreal, atmospheric, apocalyptic) and stresses the particular relevance of the intermediate (atmospheric) scale for our experience of environmental crisis. In “The Blessed Virgin compared to the Air we Breathe,” Hopkins recognizes the “teleconnections” bridging global systems and specific sites without remaining rooted to the local or bioregional (arboreal) or rushing to a vantage beyond planetary confines (apocalyptic).
“Accident”
Keyword Essay, The Oxford Handbook of Law and Humanities, ed. Simon Stern, Bernadette Meyler, and Maks Del Mar. New York: Oxford University Press (2019). 335-351. [pdf] [﻿pub﻿]

​This chapter explores some legal and literary ramifications of “accident” in British law and society from the late eighteenth through the early twentieth century. This period saw changes in common law and legislation relating to accidents, including the emergence of negligence as a distinct tort and statutory provisions for employer liability and workplace compensation. The chapter turns on the institution of the deodand, a common-law rule that allowed inquest juries to assess liability for accidental deaths caused by non-humans. After such entities began to include industrial machines, the deodand was abolished by Parliament in 1846. Examining legal-historical cases and norms alongside literary-cultural representations, the chapter claims that the deodand’s disappearance, and concurrent transition to fault liability regimes, marked a loss in the understanding of accident. If the nineteenth-century emergence of modern accident law tended to simplify accidents into surrogates for human interaction, the deodand qua institution grasped how reckoning with accidents demands an alertness to human entanglement with non-human causality. Literary representations of vehicular accidents afford a glimpse of what was coming to be lost in this changing legal-cultural dispensation. From Thomas De Quincey to Thomas Hardy to E. M. Forster, the complex non-human, material, and affective dimensions of accident dissipate into the background, where they continue to supply narrative and formal motivation even as they leave human obligations and institutions in the light.
“Coetzee’s Stones: Dusklands and the Nonhuman Witness”
Safundi: The Journal of South African and American Studies 19.4 (2018): 438-60. [pdf] [pub]

Bringing together theoretical writing on objects, testimony, and trauma to develop the category of the “nonhuman witness,” this essay considers the narrative, ethical, and ecological work performed by peripheral objects in J. M. Coetzee’s Dusklands (1974). Coetzee’s insistent object catalogues acquire narrative agency and provide material for a counter-narrative parody of first-personal reports of violence in Dusklands. Such collections of nonhuman witnesses further disclose the longer temporality of ecological violence that extends beyond the text’s represented and imagined casualties. Linking the paired novellas of Dusklands, which concern 1970s America and 1760s South Africa, the essay finds in Coetzee’s strange early work a durable ethical contribution to South African literature precisely for its attention to nonhuman claimants and environments.
“Life Among the Vermin: Nineveh and Ecological Relocation”
Studies in the Novel 50.3 (2018): 419-40. [pdf] [pub]

Henrietta Rose-Innes’s novel Nineveh (2011) catalogs the activities of a humane pest expert as she discovers, on an estate under construction outside Cape Town, how human and insect actors undermine the spatial expectations of post-apartheid South Africa. Rose-Innes advances a vision of interspecies connection by recasting controversial themes drawn from South Africa’s history to address ecological concerns. Rose-Innes transforms South African literature’s “vermin” imaginary to collapse figurative boundaries among humans and nonhumans, and repurposes the fraught concept of “relocation” to spotlight creaturely entanglements in the post-apartheid city. These gestures of reclamation produce a representational tension, reframing immediate political matters to focus on more durable ecological concerns. Yet Nineveh further tilts these discourses into an “ethics of transience” attentive to ecological scale but still cognizant of historical and ongoing injustices. The novel thus undertakes an “ecological relocation,” understood along the lines of the essay’s three movements as figurative interchange, spatial transit, and perceptual rescaling.
​“Slow Fire: Serial Thinking and Hardy’s Genres of Induction”
“Narrative Against Data in the Victorian Novel,” ed. Adam Grener and Jesse Rosenthal. Special Issue of Genre 50.1 (2017): 19-38. [pdf] [pub]

This essay considers the use of “serial thinking”—an approach to representation and cognition that emphasizes repetition, enumeration, and aggregation—in the work of Thomas Hardy. Examining his first novel, Desperate Remedies (1871), it connects Hardy’s approaches to serial thinking with the discourse of Victorian logic (especially the work of John Venn) and links this early sensation novel to Hardy’s later output. Serial representation operates in two modes in Hardy: one material, tactile, and affective (figuring long-run processes of wear, attrition, and change); the other discrete, rational, and numerical (depicting patterns of counting and aggregation). Serial thinking also speaks to the problematic generic identity of Desperate Remedies in Hardy’s oeuvre and to broader difficulties of genre designation through its historical and formal relation to problems in inductive logic. The novel enacts in its figures for class thinking a generic identity that is by turns stable and dynamic. Hardy’s intuitions about serial and class thinking, which draw on nineteenth-century logic’s decision problems and its discourse of “sets” and “classes” and their “members,” can be thus linked to questions of genre writ large. The essay concludes by connecting nineteenth-century images for the bounding and blurring of classes to similar figures in recent studies of genre. Considering the deeper historical relationship between generic thinking and the areas of logic that undergird later approaches to genre—both theoretical accounts and empirical studies, often using digital tools—can show how generic dynamism demands methods of reading that collaborate along different explanatory axes.
“The Clouds and the Poor: Ruskin, Mayhew, and Ecology”
Nineteenth-Century Contexts 38.5 (2016): 319-31. [pdf] [pub] 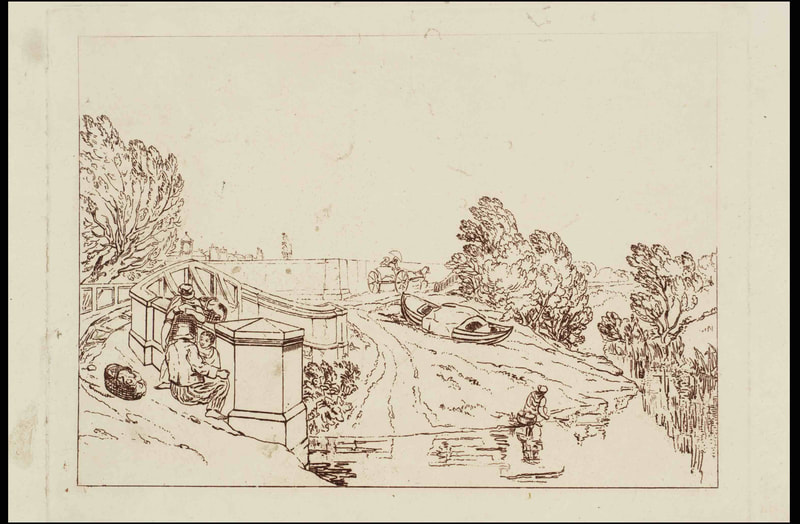 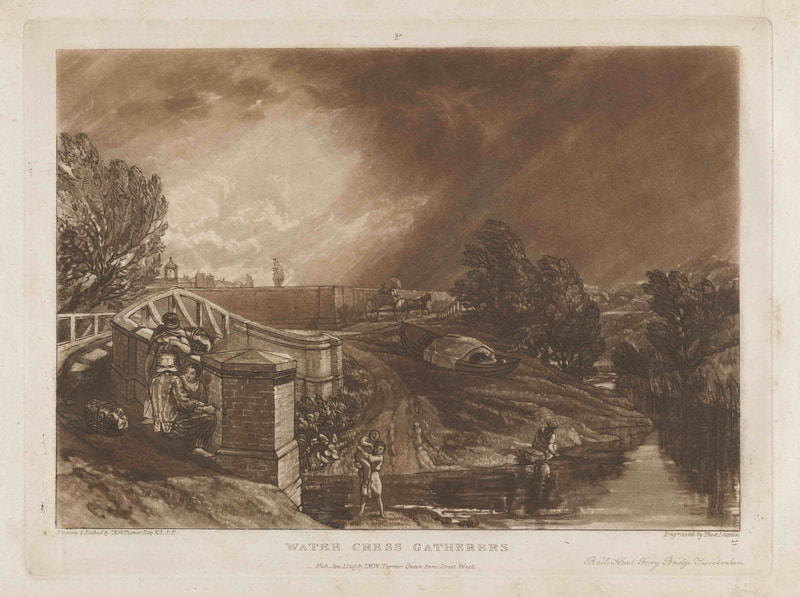 This essay argues that L. P. Hartley’s novel The Go-Between (1953) fits into the critical tradition of the Bildungsroman in one specific sense: its attention to matters of deception. First, this plot of formation and development involves a necessary apprenticeship in deception: a moral training that has links with everyday practices of concealment in linguistic construal, social etiquette, and interpersonal trust, whose presence I track in the novel. Second, the novel’s framing screens the salient context of its production, the ‘angry decade’ of 1950s Britain. I consider Hartley’s conservative distance from other writing on childhood and youth in the period, suggesting that his representation of deception relates to his critique of social and moral erosion in the postwar period. In the loose vehicle of a Bildungsroman where development is compromised, Hartley presents a novel whose formal structure, in its use of deceptive tropes, affords both its turning away from historical difficulties and its indirect critique of failing morals.
“Stem and Skein: Order and Evolution in Hopkins”
Victorian Poetry 53.4 (2015): 423-54. ​[pdf] [pub]

Departing in some measure from critical views that invoke similar contextual materials, this essay argues for a reevaluation of Hopkins’s debt to scientific thinking in his poetry and poetics. Hovering between competing conceptions of nature’s structure and purpose—evolutionary theory, energy physics, natural theology—Hopkins develops a poetics of order that emphasizes the subjective capture of patterned experience, what, following Augustine, could be seen as the ordo behind surface disarray. Registering at different felt and formal levels, this phenomenology of order reveals Hopkins mining opposing views and traditions, framing ideas drawn from the ambient scientific discourse with kindred notions in a longer literary and philosophical purview, and freighting natural theology arguments with images that have the novel feel of scientific thinking.
​“Atmospheres of Liberty: Ruskin in the Clouds”
ELH 82.1 (2015): 141-182. ​[pdf] [pub]

John Ruskin’s cloud aesthetics develop a coherent, if figurative, inquiry into the nature of human liberty. His changing accounts of cloud formations across Modern Painters gradually place more emphasis on liberty within a framework of restraint and self-government. Attending to the shifting and equivocal senses of liberty in Ruskin’s aesthetic writings clarifies his scattered, often incompatible assertions in a range of later social and political tracts. Bridging aesthetic criticism with political writings uneasily poised between liberalism, republicanism, and authoritarian conservatism, this article discovers Ruskin as the theorist of a dynamic, aesthetic model of liberty and just social arrangements. 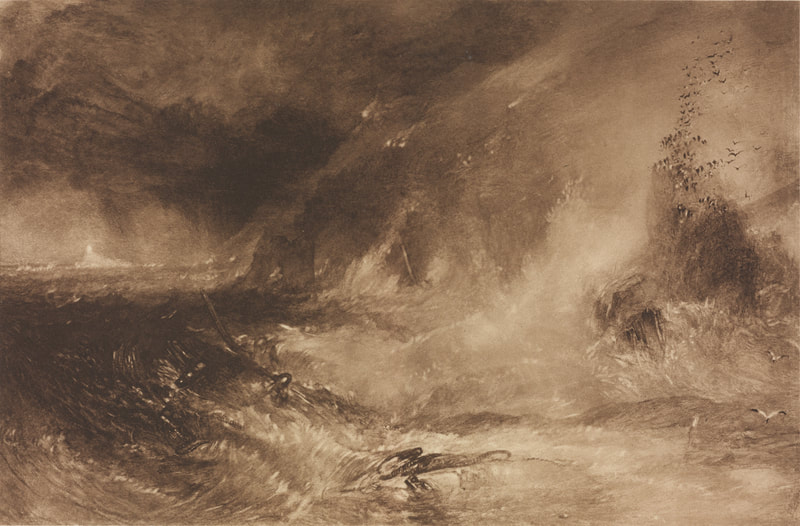 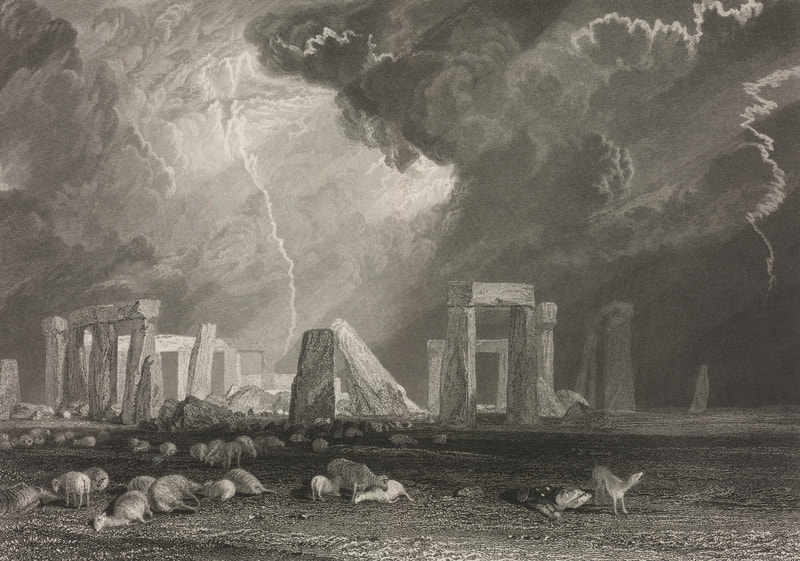 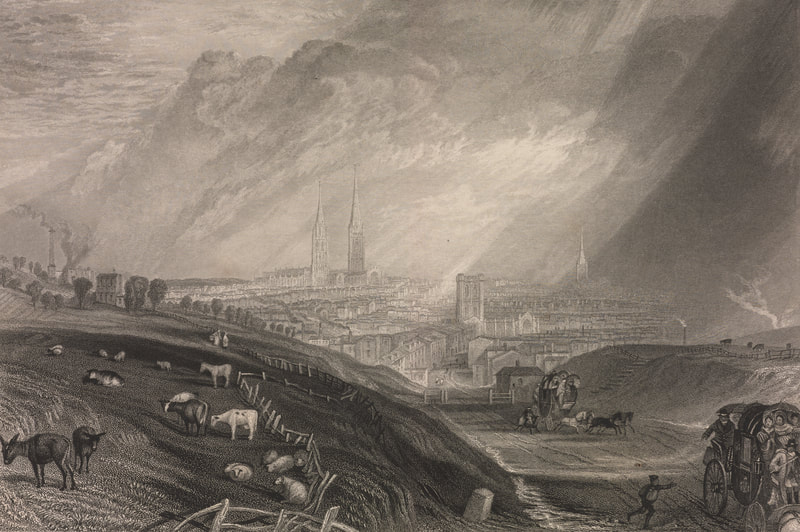 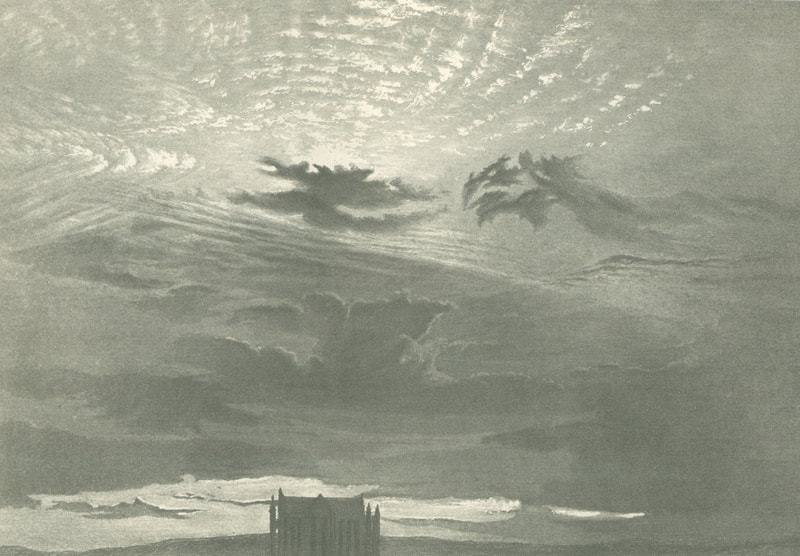 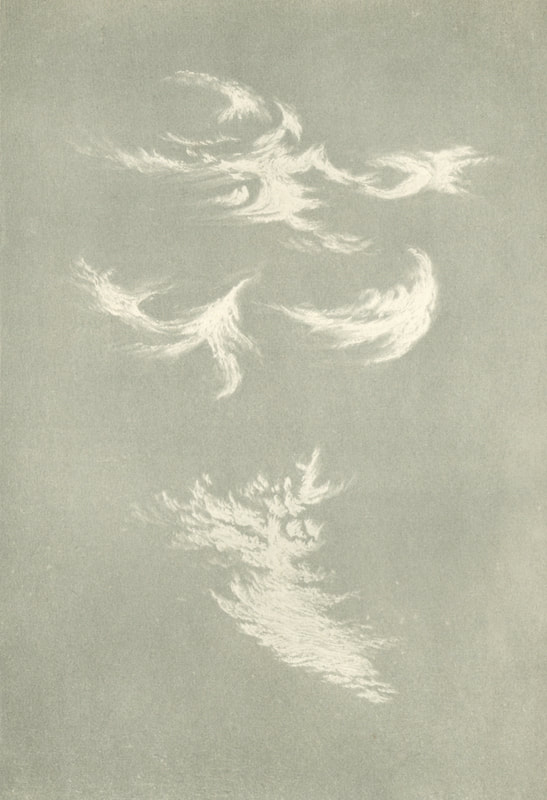 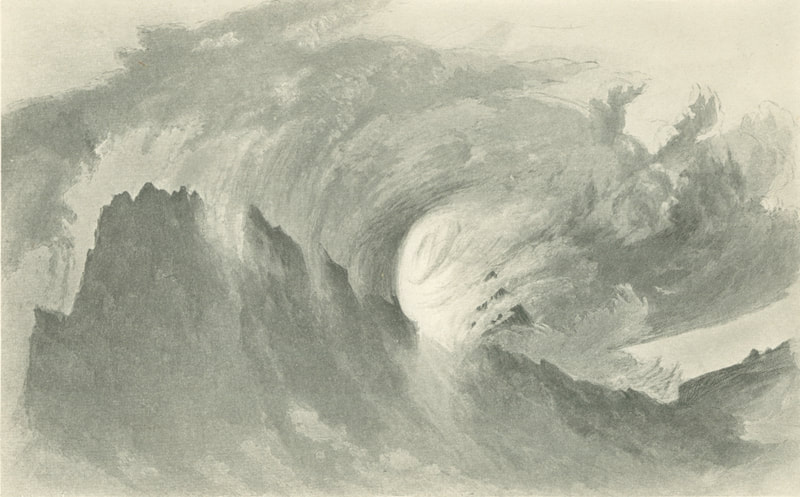 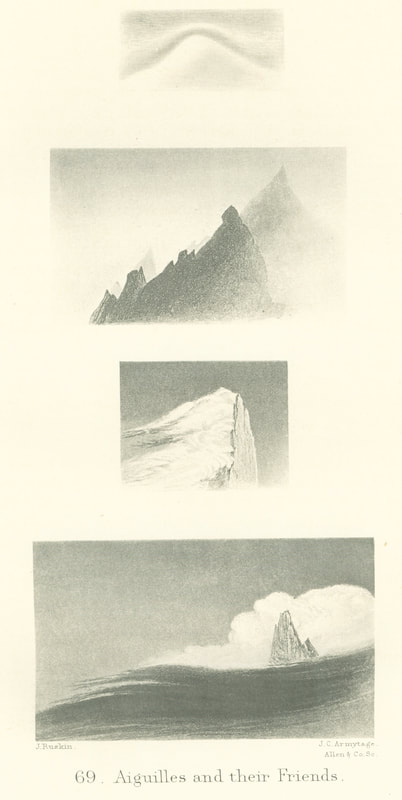 This essay considers the significance of rumor in the work of Thomas Hardy, anchoring its claims in a reading of Tess of the d'Urbervilles (1891). I argue that rumor conditions the narrative movement of this novel through its linked operations in social space and bodily sensation. First, I examine the relationship between the movements of characters and their attendant social reputations, tracking the way in which hearsay and opinion intersect narrative spaces in the novel. I then move to the level of internal, bodily registration—to the physiology and sensation of rumor—and investigate its wide-ranging visual and aural manifestations. I emphasize here how bodily awareness provides rumor with a domain where it can forge the verifiability it constitutively lacks in the realm of social knowledge. Finally, I turn to attacks on character and name, invoking comparisons with Hardy's poetry and suggesting that even external indexes of social presentation come to be felt within the contours of bodily sensation, further expanding the scope and narrative pressure of hearsay. I conclude by outlining the wider interest of rumor as a category for thinking about the representation of moral psychology in novels and for evaluating the varieties of evidence at work in novels and criticism.
“‘Vile Attentions’: On the Limits of Sympathetic Imagination”
The Link Between Animal Abuse and Human Violence. Ed. Andrew Linzey. Brighton & Portland: Sussex Academic Press, 2009. 206-20. ​[pdf]